Fed up with bad news? Here is a nice little story. 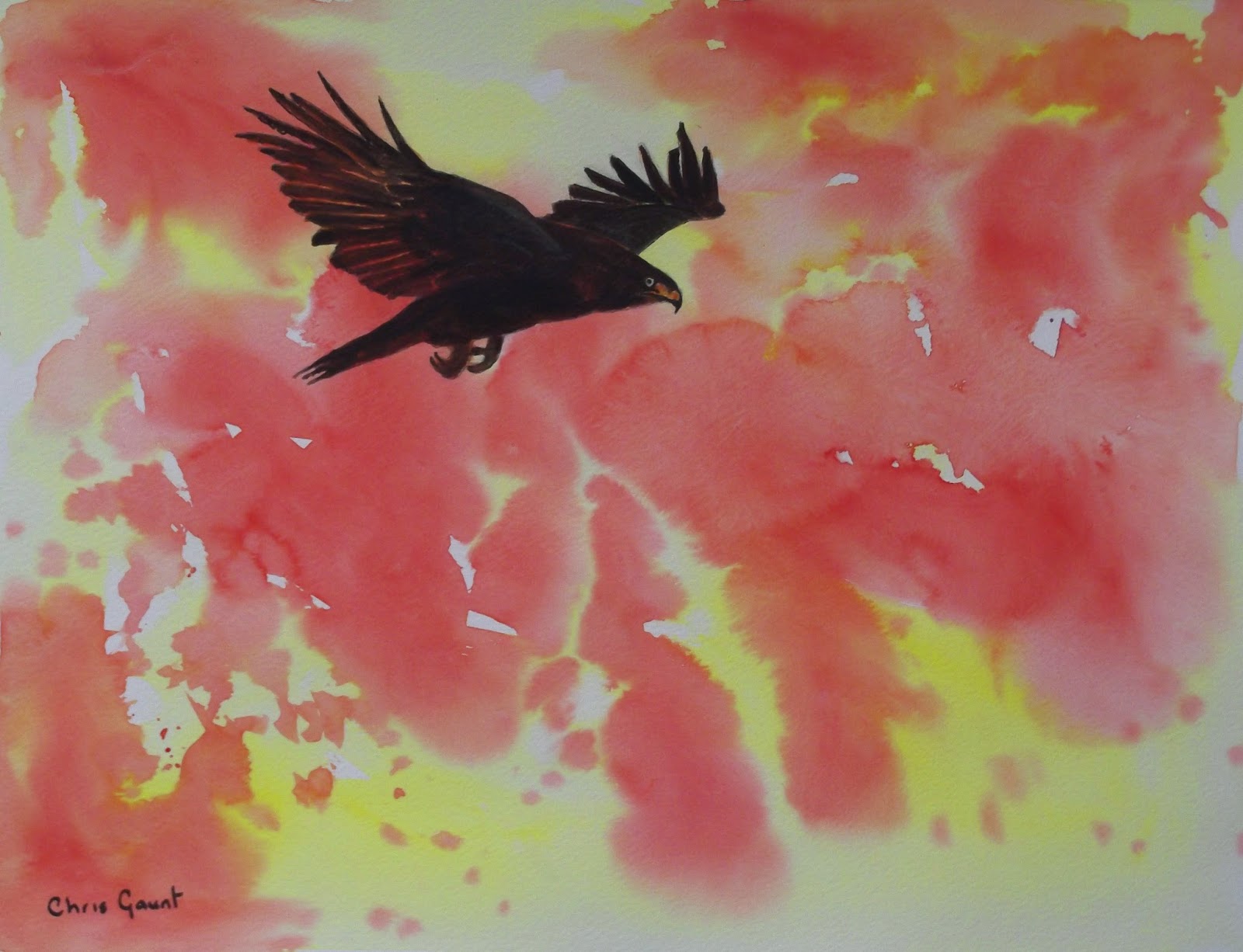 The Sun in Me 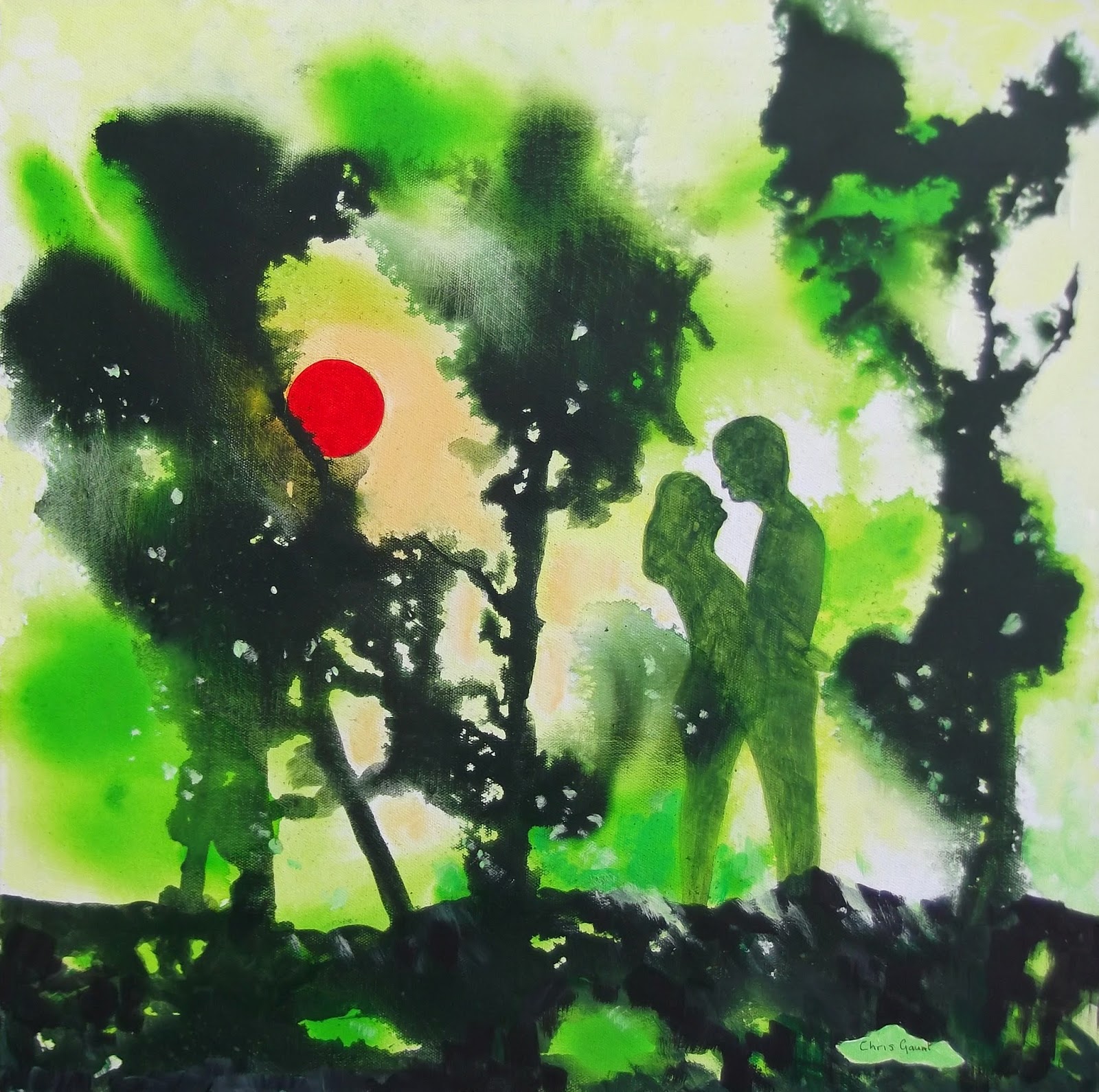 Oh we've got to trust
one and other again
in some essentials,

Not the narrow little
bargaining trust
that says: I'm for you
if you'll be for me,-

But a bigger trust,
a trust of the sun
that does not bother
about moth and rust,
and we see it shining
in one another.


Oh don't you trust me,
don't burden me
with your life and affairs; don't
thrust me
into your cares,

But I think you may trust
the sun in me
that glows with just
as much glow as you see
in me, and no more

But if it warms
your heart's quick core
why then trust it, it forms
one faithfulness more.

And be, oh be
a sun to me,
not a weary, insistent
personality

but a sun that shines
and goes dark, but shines
again and entwines
with the sunshine in me

till we both of us
are more glorious
and more sunny.

Poem by D H Lawrence   Painting by Chris. Bigger than my similar painting and is intended to be sold with Piper at the Gates of Dawn as a pair. Size 20"x 20" on canvas.

Posted by Gerry Active at 07:37 No comments: 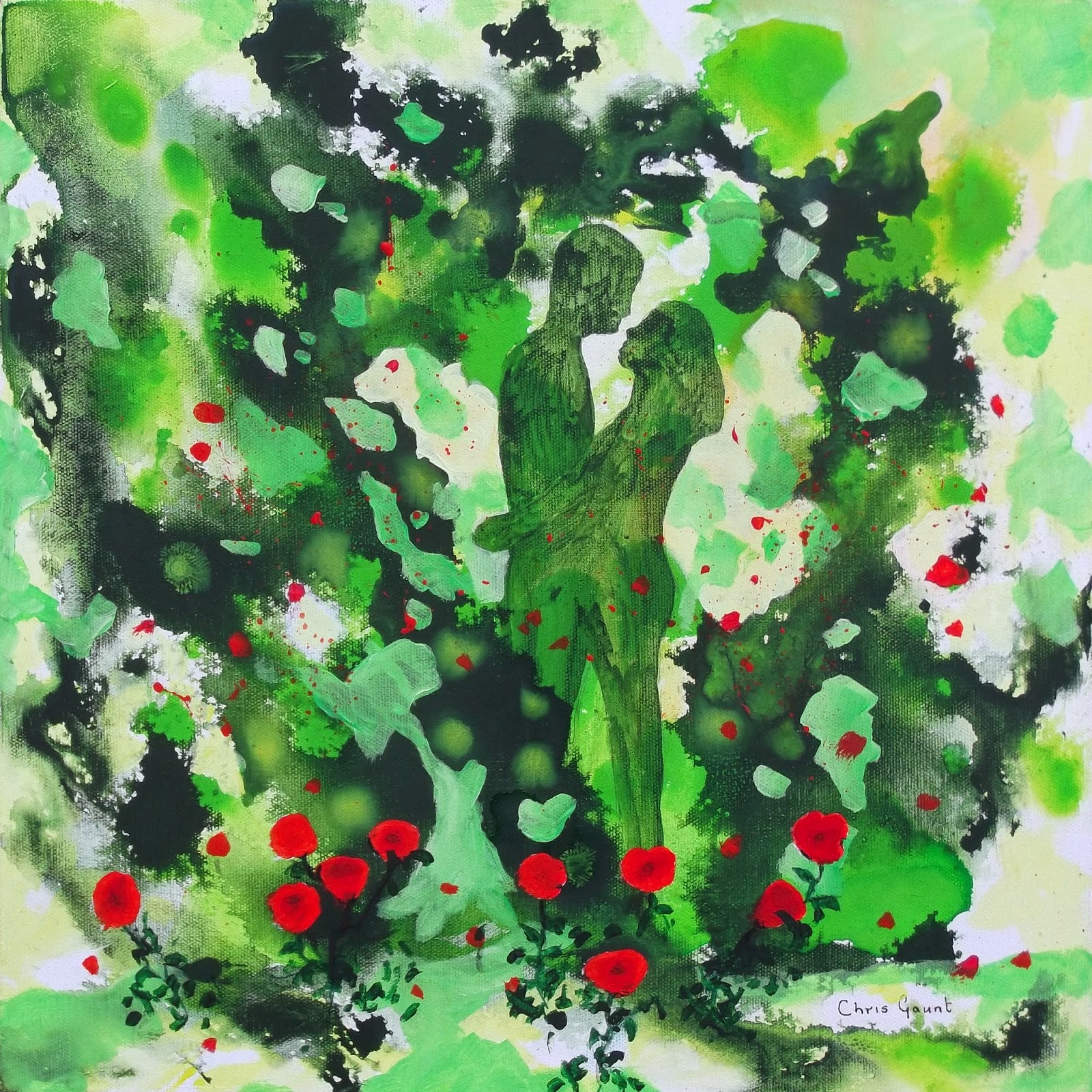 Along your journey's road
I have shadowed you,
Unknown, unseen
A deep wishing well

Along your dark pathways
I have watched you stumble,
My open arms at ready
a downy field of light

Along your starlight stepping stones
I have watched you dance unlimited,
free as a spirit wind
In search of unknown galaxies.

Email ThisBlogThis!Share to TwitterShare to FacebookShare to Pinterest
Labels: Other Poetry

Podemos? maybe but can Greece?

What interesting political times we live in. Where will all this end? How is the EU going to resolve the demands of Syriza to cancel half of it's enormous debt pile? The most likely outcome is to spread the repayments over a much longer period at a lower rate of interest.In effect the debt ( unsustainable anyway ) will never be repaid. This enables Alexis Tsipras to claim success and Mrs Merkel to say there has been no debt forgiveness. However can this be sold to both electorates and will it work? What about Spain? Mrs Merkel doesn't want Spanish voters to think Greece has won and therefore encourage support for Podemos! What if Mrs Merkel calls Tsipras's bluff and there really is no debt forgiveness? What happens then?
I am sure the intelligent Mr Tsipras has thought this through and would then default and return to the Drachma.
Perhaps this is his game plan all along and by pretending to negotiate in a reasonable way he can say to Greek voters ( who apparently want to stay in the Euro and are naturally worried that any money in their bank accounts will suddenly be worth much less ) look I really tried to stay in but Mrs Merkel didn't play ball.
Should Greece default we really are in uncharted waters. How would Mr Tsipras pay for his social programme? It could be a disaster even bigger than the current one OR on the other hand a complete change of fortune for Greece.
It is possible that with a much devalued currency all the money which has flooded out of the country will flood back in. The tourist industry will boom creating jobs. Foreign investment will return along with economic growth. We just don't know, only time would tell.
If it is a success then that surely would be the end of the Euro experiment as Spain almost certainly would follow suit.
One consequence of a Greek devaluation would be that Greeks could no longer afford to holiday outside Greece but given the fact that 25% of Greeks don't have a job and those that do have had massive pay cuts maybe it won't be an issue.
I am sure my view of this crisis is simplistic and could very well be totally wrong as we do live in a complex world. Time will tell but let us hope it does end well.
Posted by Gerry Active at 13:43 No comments: